"Jawbone is topical, intelligent and catchy roots-rock of the highest order."

“The dozen tracks that make up The Zealots’ new album, Open Season are underscored throughout by energetic power-pop riffs, punchy percussion that edges up against hyperactivity, and boisterous lyrics.

“The Zealots formed in New York in the ‘80s and have seen a number of iterations. Now based in Asheville, the lineup includes George Terry on lead vocals and guitar, lead guitar/multi-instrumentalist Aaron Price (who also produced Open Season), Christian Ferri on bass and poet-drummer Caleb Beissert.

“The album maintains its signature sound (designated as much by Terry's distinctive voice as the musicianship), but also touches on an array of styles and influences.”

“Guitar virtuoso and songwriter George Terry, a veteran of both the D.C. and Tarheel music scenes, is currently based in Asheville, NC, where he cut his latest collection (at the popular CollapseAble Studios with producer/owner Aaron Price, who also contributed keyboards and bass; also on hand is a who’s-who of local players, including members of the Blue Rags, Honeycutters and Shane Pruitt Band). Originally available as a digital album, Open Season is now getting a physical release, and the album’s easily one of the most satisfying sets to come out of the Ashvegas area in ages.” 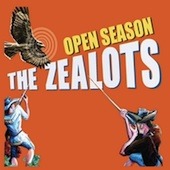 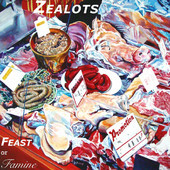 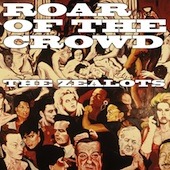